For those who have known me for longer than a year, I don’t doubt that you may have noticed that I’m not quite the same person as I was this time last year…

I’ve since lost my passion for the career and industry that I loved and had been working towards from the age of 18. I’ve neglected the friends and social life that, often at the expense of my parents’ approval and college GPA, have always been high on my priority list. I’ve even lost the love and lust for the city that once held everything so magic and vibrant and exhilarating to me (Don’t worry, you’re still all of those things, Chicago…it’s not you, it’s me).

All of these things that were so definitively me — what I had identified myself with for years — are no more.

And the reason is all because I fell in love with a boy.

I had given myself a vow years ago, that I would never again let my dreams, my goals, my friends, myself give way to a boy…..But this boy…..this boy was one of the most gorgeous things I had ever seen. Deep brown eyes. Cinnamon skin. A contagious smile. He surfed. He long boarded. He played all the musical instruments he could get his hands on. He was funny, effortlessly charming, adventurous, and just the right amount of trouble. And whenever he saw you…..he had this way of lighting up and hugging you as if you were the only person he had ever been longing to see.

It was impossible not to fall in love with him.

Everyone always fell in love with Jamion.

Gorgeous Jamion was four years old, and like too many in South Africa, he was a street kid.

I don’t know all of the facts of his life, so I won’t pretend to, but what I do know is that he and single, pregnant mother spent their days finding anyway they could to survive (some of the ways a four year old should never be exposed to), and they spent their nights in the park or the mountain side.

Jamion came into all of our lives through a chance encounter with my friend Widi. Widi was a heart of gold that was not only the head of the youth surf outreach program, but had also inherently taken an almost father-figure role to many of the kids from nearby townships. With the permission and gratitude of Jamion’s mother, Widi often brought J into our small, surfing, international volunteer family.

For all of us who traveled the distances and spent that African summer with the kids of Capricorn, SA (or anyone else who has been in a world so completely different from their own) we felt countless tremors from moments and people that shook our deepest selves and perspectives of the world. And all of us felt those 5+ Richter scale moments that simultaneously seemed to break our hearts yet still make them grow to unimaginable sizes.

Only just recently, it became emotionally yet beautifully clear to me that Jamion was my 10 on the Richter scale. And one night in particular shook me and my heart so deeply that I had no chance of ever being the same person ever again.

It didn’t start out as an eventful night. The only surprise was that when I walked into the hostel common room, expecting to only hear the familiar and a few new traveling accents, I was rushed by the unexpected visit and open arms of Jamion and Widi.

From there it continued to evolve into one of those especially perfect nights where nothing perfect or special necessarily even happened..but it just was. I watched hearts from all over the globe fall victim to Jamion’s charm and bongo skills; I talked with the others of our adventures and experiences, and we questioned just how great of an impact they would have on us; we cheers’d our wine glasses to the perfect rooftop moment as the sun set and the waves of the Indian Ocean steadily pulsed in the background just as steadily as Jamion fell asleep in my arms.

As the night grew later, darker and colder, it was becoming clearer that the moment was passing (as all moments tend to do), and had complete clarity of being gone when Widi nudged Jamion and said “Jamion, how about tonight you stay with your mom and tomorrow night you can come crash at my place.” This wasn’t new. I knew Jamion stayed with his mom many nights and Widi already went above and beyond what most 28 year old boys would do for a child they had no real obligation towards.

But something in that moment….that realization that I would physically be taking this tiny sleeping four year old, with the same arms that cradled him, be pushing him into the cold night and the mountain to sleep…Nothing about that action felt in any way natural. Every innate motherly and moral instinct in me shook….foreshock.

The shock hit me in a place that immediately caused tears to fall and I refused for that to even be considered an option. I wasn’t going out that night; Jamion could stay with me..And so, quickly enough it seemed the quake had passed, calm was restored, and no damage was done.

But this shock hit me in a place more of perseverance..he can’t stay in a dorm room, fine, I’ll pay the extra for one of the open single rooms. Even as much as every penny matters to a volunteering traveler, I didn’t care..Jamion wasn’t sleeping outside.

The manager, supportive of the new arrangement, called the owners to confirm, and their response was something I could have never braced myself for.. They refused.. They “didn’t want the habit forming of street kids staying there.”

I didn’t and couldn’t understand…He wasn’t just a street kid. He was Jamion.

Nothing about their response or reasonings made sense to me. The manager’s attempts to give explanations of why Jamion wasn’t allowed to sleep in his own paid-for bed just came at me like muffled noises. None of his words could ever make me feel okay that I had first-handedly seen human beings, capable of giving one child a safe place to sleep for one night (and make a profit) outright refuse simply because of the social label he was unfortunately born into.

Everything was white noise until the manager said six very clear and forever-imprinted words to me..”Allie….That’s just the way it is.”

But this shock was a little different. It was almost as if this shock took my weakened foundation and shook it back into its place, and somehow it seemed to make it even stronger than before.

That was thee moment that I realized I would never again be able to sit back and accept injustice, struggle and pain to happen just because people tell me “that’s just the way it is.”

But the way it could be is seen through the actions of people like Widi. People who see those that are lost and offer guidance — through nothing more than a simple extension of love and kindness.

This life needs more Widi’s to give chances to the Jamion’s of the world.

Because sometimes under those dirty clothes, and hungry bellies, and desperate measures of society’s discarded there is a light so bright, and a force so strong, that even in a package as small as 3ft tall – it is capable of shaking the deepest part of your heart and changing you forever. 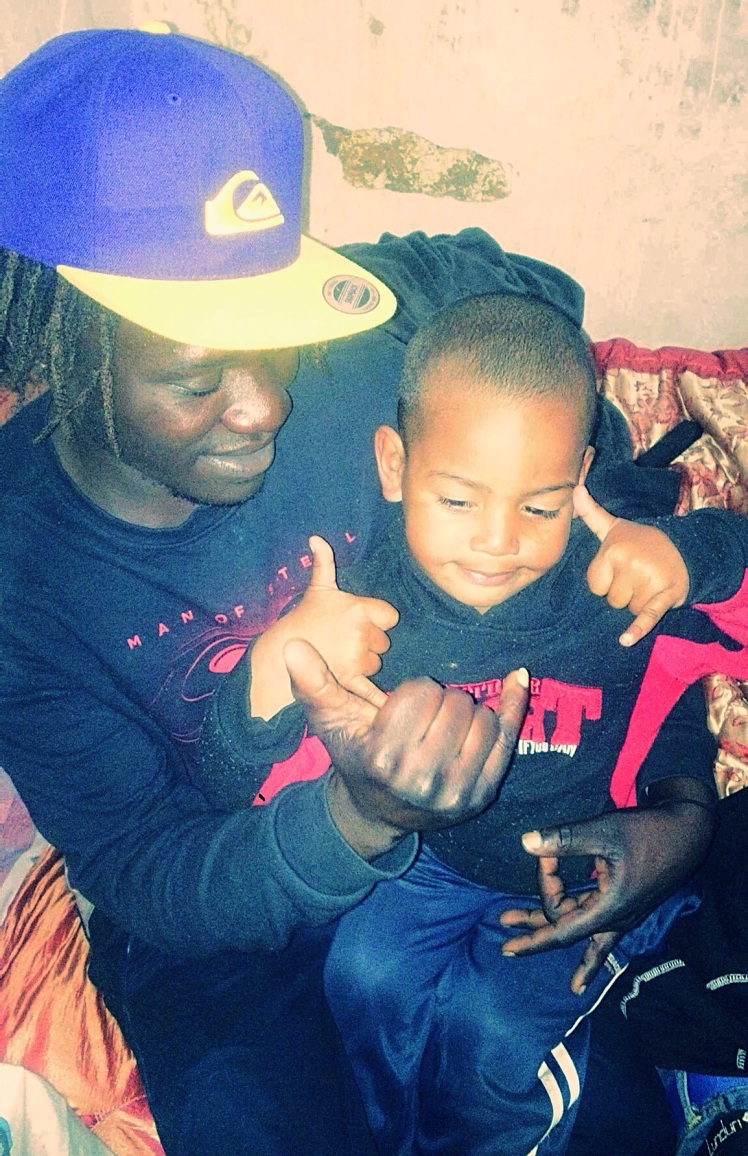